As you are reading this, more people all over the world will be dying from the coronavirus. By the time you reach the end of the text, more people will have been infected, taken to hospital and are unlikely ever to see their loved ones again.

But as the scale of suffering continues, we see the death rate going up and bewildered experts being unable to make any forecasts in this quickly unfolding situation, it is time to start asking questions and to hold accountable those who are responsible.

We know that back in December 2019, when the first cases of COVID-19 were initially detected, it took the Wuhan health authorities more than three weeks to issue a notice. As we all know, the Chinese government is notorious for knowing how to maintain authority, especially when it comes to the control and spread of information – or propaganda.

The information about the severity of the new virus was meticulously hidden, and those who knew the truth were shamefully silenced (as was the case with the whistleblowing doctor Li Wenliang, who was summoned for warning his colleagues of the virus and later died of coronavirus).

The Chinese government could have chosen to be open and transparent by warning the world about the disaster, but they opted for a cover up, censorship, denial and lies, all built upon fear.

Chinese scientists knew what was happening, but even as they did, a Chinese delegation attended the World Economic Forum in Davos, and thousands of Chinese citizens travelled around the globe, spreading this lethal disease.

Chinese authorities continued to hide the truth, the first cases were detected in Europe and countries started to suspend the entries of foreign visitors coming from China. The Chinese government called it “not a gesture of goodwill” and continued to conceal information – even lying to the WHO, which then trotted out the Communist Party’s misinformation, kowtowing to China’s mistruths and compounding the problem.

Governments and politicians have already started suing the Chinese communist party for the lies that it has produced and that have led to hundreds of thousands of deaths. The journalists are launching their investigations to make China accountable for the cover up. President Trump announced that the US intelligence services had already started investigating if the virus leaked from a high-security biomedical laboratory in Wuhan.

For too long, China has gotten away with complete subversion of the international rules-based system. It is time to hold this brutal dictatorship accountable for causing this disastrous epidemic and the economic carnage that is getting worse with every day. It is time to make China pay for the lost lives and devastated families resulting from this human tragedy. 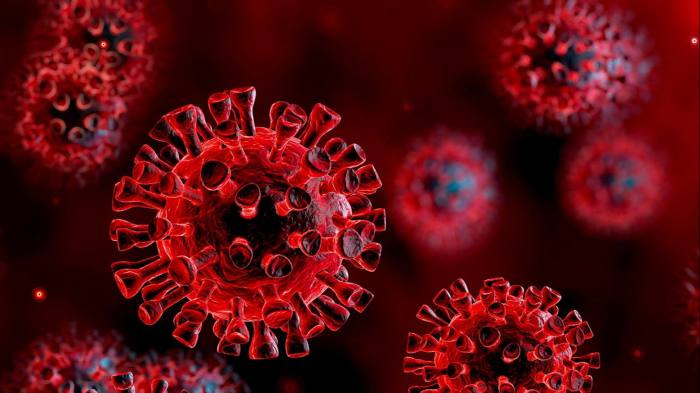 The President of the United States has stated that he has seen strong evidence that the virus originated from a lab in Wuhan, adding to his attacks on China regarding the spread of the disease. He has not disclosed why he thinks this and has not revealed evidence yet, however that is only a matter of time. The administration is still investigating the origins of the virus. 01.05.2020

Extend the comprehensive new 2018 – 2020 Three-year Action Plan for Winning the Blue Sky War (“Blue Sky”) which is regarded by many as the second phase of the original air pollution action plan. Building on China’s most influential environmental policy of the past five years, the plan will tackle air pollution in every city across the whole country of China; this new plan will reach cities that have not previously been subject to these action plans, such as Linfen in Shanxi, being forced to improve their air quality.

Stop a group of Chinese tycoons known as the “Greedy few” who are benefiting from the heavy industry businesses which pollute air, water and soil in China which impacts the rest of the world.
More info

China emits more greenhouse gases than any other country in the world. It emits more than both the US and Europe combined. Such a dramatic level of air pollution is killing 1 million people and costing the Chinese economy $39 bln a year. When will this stop?

What is more shocking is China has distributed or pledged to support $36 billion for highly pollutant coal power plants across 23 countries. Further to this, since 2001, the country has also already built, invested and financed 274.2GW of coal-fired power projects. This is not the way to produce energy.

Such investments are used to produce and export millions of tons of dirty and harmful iron and aluminium. The export of primary aluminium, semis and finished products from China have exceeded 10 mln tons in 2019 (15% growth vs 2017) and of this, only 16% of the Chinese primary aluminium is produced with renewable or clean sources of energy. This is not helping the global effort to make the world a greener place. It is only us and future generations which will suffer.

We encourage consumers in the US and Europe to stop buying these dirty metals from China and rather turn to low carbon products which are kind to the environment.

Vote for green production and sign the petition to stop China polluting our precious planet!

Stop China Pollutuion. We unite groups of environmentally concerned activists to wage combat on heavy smog in Chinese cities, stop non-controlled pollution of water and soil from the wastes generated by the heavy industry facilities and give a chance to the whole China to find a way for a balanced development and green future. We research, investigate and help you get updated.