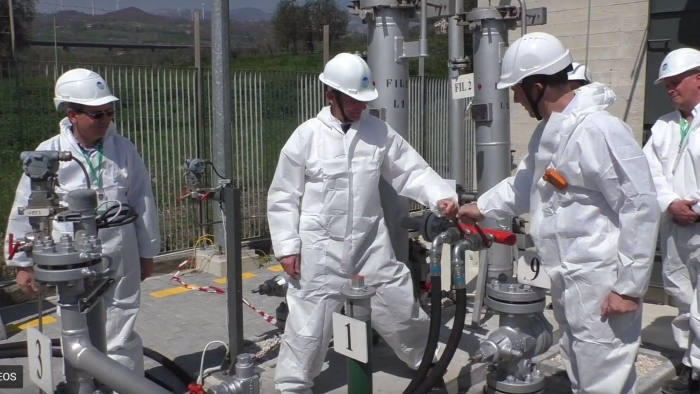 Climate change is already with us. And that’s particularly clear to people like me who happen to come from Venice, which has just suffered the worst floods in half a century.

If we are to reverse this trend in the context of an increasingly ragged global consensus about the need to adhere to goals set by the 2015 Paris climate accord, then Europe must take the lead.

The EU has done so once before, by setting a target for 20 per cent of the bloc’s energy to come from renewable sources by 2020. Member states responded with support schemes that helped jump-start the green energy sector, lowering the cost of solar panels and wind turbines for everyone.

But this time around, we should focus on hydrogen-based energy — and on jobs. We need an extra leg to our strategy because what we are doing now, while part of the solution, won’t get us where we need to be. Making the generation of electric power greener and then switching cars, homes, trucks and industry to using it leaves two major challenges unresolved.

How do we keep the lights on — at all times — when the power system is much larger than today and relies heavily on intermittent sources such as sunshine and wind? And how do we reduce the carbon emissions of the roughly half of all energy consumption that the International Renewable Energy Agency predicts will not be electrified even by 2050.

Hydrogen can help solve both these challenges. If it is produced by using green electricity to split water with an electrolyser, or by reacting steam and methane natural gas with carbon capture, hydrogen is abundant and clean. Easy to transport and store, it behaves like a fuel. You can use it to stabilise the power grid when other sources are unavailable. It can be a fuel for trucks, ships and cars. And it can provide green power for energy-intense industrial processes, such as steel production. That would not be a bad way to preserve threatened manufacturing jobs, if accompanied by measures to level the playing field with industries that emit carbon dioxide.

The other reason hydrogen energy is so interesting is that costs have come down dramatically — the cost of producing it from renewable power was 40 times as expensive as the equivalent amount of oil in 2000 and 15 times in 2010. Today we are looking at hydrogen energy being twice the cost of oil, and there is a clear path towards getting a figure as low as half.

To reach that goal, however, we need to bring down the cost of electrolysers. There is huge potential for this to happen because the market hardly exists today and little scale will take us a long way.

This is where the EU can really make a difference, by putting in place the initial policy nudge that gets the market going. The existing gas network can help. Ongoing studies and Snam’s first pilot projects in Italy suggest it is possible to replace 5 to 10 per cent of natural gas by blending in hydrogen, without significant investment in infrastructure or equipment. A government mandate to do this gradually would be a quick way to create demand while we wait for hydrogen cars, trucks and boilers to be rolled out.

At the same time, Europe should also focus on boosting supply — rather than simply creating demand for electrolysers and waiting for cheaper overseas producers to undercut local companies. European countries could band together to create a continental hydrogen champion, an “Airbus of hydrogen”, pooling skills and resources in a mega-factory large enough to push down the costs of electrolysers from the get-go.

We already understand hydrogen’s potential. Europe should take the lead in making it a reality. It is time to make the hydrogen revolution affordable for consumers and industry worldwide, while also reaping the industrial benefit of climate leadership.

A group of 14 US lawmakers have introduced a bill in the Congress which demands the government to identify, analyse, and combat alleged efforts made by the Chinese government to exploit the COVID-19 pandemic for nationalistic gains. The ''Preventing China from Exploiting COVID-19 Act'' would mandate the Director of National Intelligence (DNI) to investigate the ways in which the Chinese government intends to seize on the COVID-19 pandemic to promote its interests on the national stage and evaluate the risks to the United States.
Source: NDTV
17:48 09.07.2020

White House officials have warned against investing in Chinese companies and said that additional sanctions could be on the way in return for China’s role in spreading coronavirus. Officials said investments in China were exposing people to “unnecessary economic risk” and channelling funds into companies “that raise significant national security and humanitarian concerns”, including some that supply the Chinese army.
Source: Independent
17:45 09.07.2020

Air pollution has caused an estimated 49,000 deaths and $23 billion in economic losses in the cities of Beijing and Shanghai alone since Jan. 1, 2020, according to a “clean air counter” launched by environmental groups on Thursday.
Source: Reuters